Point of today – actually two points – we are who we follow and let’s do a better job of calling bullshit when we see it.

“The feminist agenda is not about equal rights for women. It is about a socialist, anti-family political movement that encourages women to leave their husbands, kill their children, practice witchcraft, destroy capitalism and become lesbians.” – Pat Robertson

It is obvious I have issues with religion and those who unabashedly profess to be leaders of the masses – many of whom are actually more bigoted, unforgiving, selfish and most everything anti what I was always taught the teachings of the bible are about – one person you won’t see with a WWJD bracelet on is Pat Robertson.  I won’t go into much detail about his first son being born out of wedlock (do what I say, not what I do) or his repeated misogynistic stances regarding women and their place with men (essentially men cheat because their wife doesn’t take care of them as they should) as that would take too much time and space for today.  I happened to be channel surfing and stopped on the 700 Club – not a usual stop but given the SCOTUS decision on DOMA this week, I thought there might be some reaction from Pat.  I was not disappointed as my timing was right on.  He was discussing the issue with Jay Sekulow of the ACLJ, a right-wing, pro-life group that focuses on constitutional and human rights law worldwide (as they define them).  Just for context, Sekulow is also a regular on Fox News.  As expected, the discussion was obviously on the horrible decision made by the court but where did Robertson immediately go? His first question was whether Sekulow had any insight into whether Justice Kennedy had any homosexual law clerks.  He followed it up with a derisive comment on the judge in California who had declared Prop 8 to be unconstitutional, immediately leading the discussion to his understanding that the judge was in fact himself a homosexual.  So no discussion on human rights, equality under the law or anything else other than a view that all these decisions were no doubt just self-serving actions – something I expect that Robertson knows quite a bit about.   What a piece of shit – and well representative of all those who support him and his extravagant lifestyle.  But he is consistent on one level – he pretty much holds both gays and women to the same level of contempt.

“The reason that we fought the [American] Revolution in the 16th century — was to get away from that kind of onerous crown, if you will.” —Rick Perry

I also caught a brief news clip on that illustrious governor of Texas – Rick Perry – another shining example that if you’re from Texas, you don’t have to be very smart to get elected to a high office.  While much of the country was giving high kudos to Sen. Wendy Davis who held up the vote on more limitations on abortion and women’s rights in Texas, Perry was quick to play the “man” hand and pretty much dismissing her accomplishments (not sure Rick could even spell “HARVARD”) and bring it down to some stupid comment on learning from her mothers’ decision not to abort her and therefore reversing her stance on abortion rights.  Key word – “rights”.  Heaven forbid anyone traipse on their religious “rights”.  It was also rather revealing that during Sen. Davis’ filibuster, it was only the men in the room who work to thwart her effort.  Another situation where men work their hardest to control what women do.

So, a quick take away from these two seemingly separate items.  It is really about women and how they decide to deal with all these idiot men.  These people in power only maintain their position if women support them.  Probably a little less influence over Robertson but maybe not quite as much an issue.  At 83 years old, we can only hope he gets to meet his maker before long – and assuming I’m wrong in my lack of belief in God, he gets to explain himself to the big guy.

As far as Rick Perry, one can only hope that the women in Texas begin to understand his concern is not for women and he is willing and able to work against the rights due all women.  In the meantime, I’ll stay thankful none of us live in Texas and the women in my life can still think for themselves. 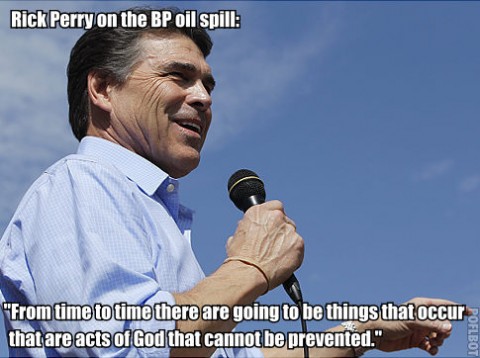 Another take on the DOMA decision was made this morning on Face the Nation this morning with Bob Sheiffer.  Tony Perkins, of the Family Research Council, an American conservative Christian group and lobbying organization shared one of the horrific impacts of the decision.  Let’s put the Family Research Council in some appropriate perspective here – In 2010, the FRC paid $25,000 to congressional lobbyists for what they described as “Res.1064 Ugandan Resolution Pro-homosexual promotion” in a lobbying disclosure report.  The US House of Representatives, in a moment of rationale thought,  passed the resolution condemned the Uganda Anti-Homosexuality Bill, a bill which, among other things, would have imposed either the death penalty or life imprisonment for sexual relations between persons of the same sex.  Let’s make sure we recognize what kind of christian organization we are talking about here.

In any case, back to Tony.  He was very concerned of the impact on bakers, photographer and florists who would inevitably lose their religious freedom by being forced to do work with gay couples looking to get married. He in fact indicated that there were already a great number of court cases in play and there were instances where these business people were being forced to sell services to gay couples.  It did take Schieffer a moment to clear the incredulous look off his face as he forced what was essentially a “Really?” out of his mouth.  Tony was firm in his view that when people realize this sort of impact is inevitable, the tide will turn, people will regain their senses and all will be right with the world again.   Can’t say that was an impact that I was really worried about.